Human Respect in One Lesson

That's a principle. Whenever we can repeatedly observe a cause and effect relationship in nature and state it as a testable formula, we have a principle. It's like gravity. You can threaten to drop a bowling ball from the 20th story of a building, and before you do it, we can not only predict that it will fall to the ground but also tell you how fast the ball will fall.

How do we know?

Everyone is always pursuing happiness. Our actions are designed to make us happier. 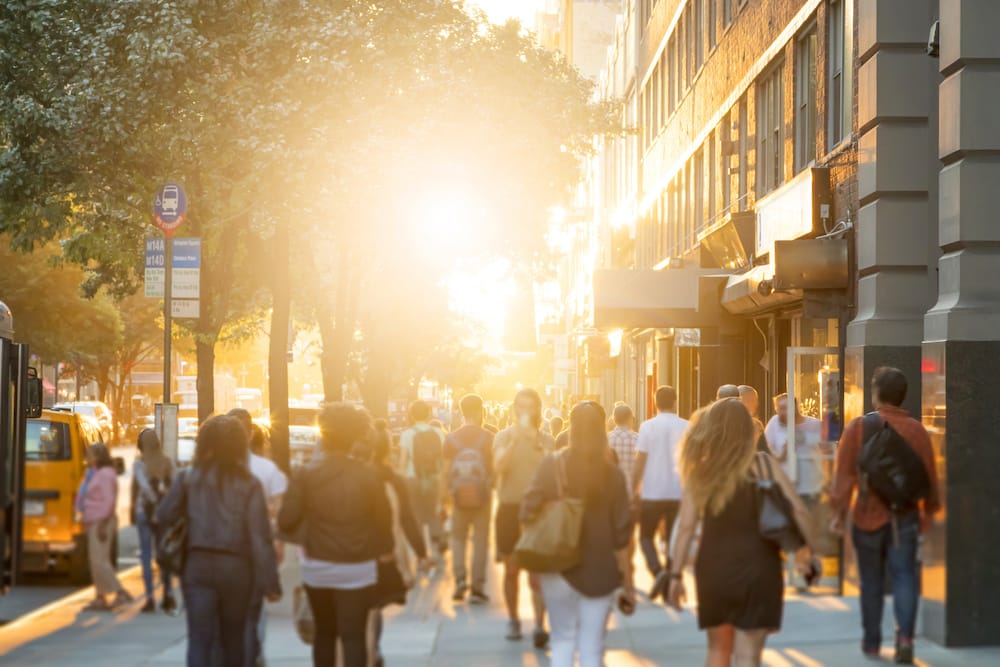 Some actions are for immediate gratification, such as enjoying an ice cream cone, and some acts are for long-term gains, like going to college. Happier now or happier later, either way, we're pursuing happiness.

Pursuing happiness sometimes involves competing values. Life can be hard. Sometimes we choose a harder thing, something we don't really want to do because we prize something else even more. We might even make sacrifices, perhaps caring for a family member who doesn't appreciate it, because we'd be even less happy if we didn't live by our values. Indeed, sometimes we only have bad options, yet we choose the one we believe will deliver the most relative happiness.

No matter what happens, we want to maximize our happiness. It's a natural human drive – fundamental to our being.

The statement, "everyone is always pursuing happiness," is an axiom. An axiom is a self-evident fact. It doesn't require a fancy defense. Is there anything you just read that isn't self-evident?

There are two other axioms of human nature that we can add to the fact that everyone has a fundamental drive to be happy. The experience of...

In other words, a mugging comes as a surprise. No one would walk (with normal obliviousness) down the path where the assault and battery were to occur, if they knew in advance it was coming. So those are obvious statements. Indeed, they are both axioms.

But if we want a better world, where you, me, and others around us can experience well-being and even flourish, it should provoke a question...

WHY would they avoid that path?

Because it would diminish their happiness!

Well, not just happiness. Let's be more precise. People tend to think of happiness as an emotion. Call it joy or a sense of flourishing. But it also takes two other primary forms.

We want the resources necessary to provide for our needs and our wants. We call that prosperity, and we each get to define it for ourselves. Human wants vary tremendously. We may want more possessions, to provide for our family, to have the ability to share or give gifts, to pursue hobbies and avocations, or something else.

On top of that, vandalism, mugging, rape, and murder are disturbances of the peace. We call these acts crimes, and the persons experiencing these acts, victims. Victims want to be free of crime. We all want to live our lives in harmony.

Put that all together, and now we have the complete picture, and we can derive a principle that is inherent to human nature.

Do you consider yourself a good person?

If so, then we're betting you would never want to steal from or injure another person. You wouldn't even threaten to do so, just to get others to do things your way, would you?

When most people use the word "principle," what they really mean is an important personal philosophy. They're saying, "I have a primary value that's so important to me, it governs my behavior." Therefore, if...

...then, couldn't I adopt a Philosophy or Moral Principle of Human Respect?

To promote happiness, harmony, and prosperity, I will not initiate violence against others, nor will I diminish the wealth of others through stealing, fraud, or destruction of their property.

Seems simple, right? Frankly, these are lessons we learned as children on the playground; it's wrong to hurt people and take their stuff.

But this philosophy goes way beyond the playground, and it's not just correct because your parents or teacher said so. The natural principle applies anytime, anywhere. This principle explains universal consequences that occur without exception.

What will you do with that knowledge, now that you are aware of it?

Nearly everyone is shocked when they're a victim of crime. Most of us walk around virtually oblivious to our surroundings because we expect that the rules of the playground still apply.

This is because we know that most people, most of the time, are practicing Human Respect. They recognize that...

...so they don't commit acts of theft and violence with family, friends, co-workers, and even strangers. We all count on this goodness in strangers!

This is important because this Human Respect is the source of your security. You might think carrying a weapon makes you safe, but it only has the potential to make you safer if something bad is about to happen. You might think you can call the cops, but they'll probably arrive after the violence or theft has occurred, to fill out a report.

Your real security is that people around you also hold Human Respect values – they don't want to steal from or physically injure you!

Despite the fact this natural principle is obvious and that the practice of this Human Respect philosophy is so common, there is a place where people make an exception – often unwittingly. In making this exception they're acting as if the gravity of their acts won't apply. But natural principles aren't suspended or bent by human desires.

We call this exception agency delegation. Agents undertake actions on our behalf. In this case, someone else steals, and perhaps we benefit from it. But because we didn't directly undertake the action, we can pretend we're not culpable. It can even mean that if someone else initiates violence, and I cheer it, I'm still a good person because I didn't actually commit the act.

Baloney! The natural Principle of Human Respect, which is...

...isn't suddenly suspended because a surrogate violated the principle instead.

Moreover, matters are made worse when we hire an agent who violates the principle on our behalf. This is precisely what happens when we play politics. We employ agents to do the "dirty work."

This is how agency delegation works. The legislator and the police officer are both agents, ensuring that the dirty work is two or more steps removed from us, but failing to erase the gravitational truth that...

Well, remember where we said that "sometimes we have only bad options, yet we choose the one we believe will deliver the most relative happiness?" With that in mind, consider that there are people with pain, who have trouble getting access to the drugs they believe will maximize their relative happiness. They have the choice to "curtail their happiness" or "risk having violence used against them."

Which would you choose? If we force someone to endure suffering, are we acting with principle, or has the law been abused to reduce their happiness, harmony, and prosperity?

The law enforcement officer accepts the role of being the person who directly violates the Human Respect Principle. But are they to blame?

Well, those officers were sent by politicians, who wrote arbitrary rules and commanded that violence and theft be used to enforce the rules. So are they to blame?

Well, your neighbors, and perhaps even YOU, voted for those politicians!

Simply put, we should only vote for persons who will advance happiness, harmony, and prosperity through dedication to the Principle of Human Respect.

Our "one lesson" is a principle, where we can see a natural cause-and-effect relationship. It's called the Principle of Human Respect...

Good people have a Philosophy or Moral Principle based on this natural principle. They won't permit themselves to overlook the truth or act as if fraud, extortion, theft, threats, kidnapping, and even killing can somehow increase happiness, harmony, and prosperity.

But will you carry this insight to its logical conclusion? Will you refuse to support agents who promise to violate this Principle on your behalf? Will you financially support or work alongside others, voluntarily tackling social problems instead of delegating the "dirty work" to agents?

Will you consistently and completely practice Human Respect?

Jim Babka is the host of Gracearchy with Jim Babka and a colleague at the Foundation for Harmony & Prosperity.

© Copyright 2022, The Foundation for Harmony and Prosperity, All Rights Reserved.